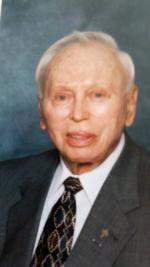 During his life, Mr. Scott served in the United States Navy during WWII at the Normandy Invasion and survived the sinking of his ship, the USS Rich. He graduated from Longwood University in 1951 and was an educator with Mecklenburg County Public Schools for 34 years. Mr. Scott was a member of Centenary United Methodist Church and the American Legion Post 43 in Chase City.

He leaves his wife of 64 years, Ruth Fleming Scott of Chase City; his daughter, Jane Scott Wiles (Charlie) of Virgilina; his son, Berman Mason Scott II (Rosemary) of California; his granddaughter, Jennifer Scott Benson (Nicholas) of Chase City; his granddaughter, Courtney Scott Reamey (Kenneth) of Nelson; his grandson-in-law, Anthony Rickman of Roanoke; his grandchildren, Brandon, Brian, and Melanie of California; his great-grandchildren, Derrick and Gabriel of Chase City, Zachery and Madison of Nelson, and Ryan and Amber of Roanoke; and many close relatives and friends. Mr. Scott was predeceased by one granddaughter, Melissa Owen Newcomb Rickman; four brothers, Ben, Allen, Charles and Samuel; two sisters, Margaret and Carolyn; and his parents.

A funeral will be held at Centenary United Methodist Church Thursday, Feb. 23, at 2 p.m. with burial at Woodland Cemetery.

In lieu of flowers, donations may be made to Centenary United Methodist

To order memorial trees or send flowers to the family in memory of Berman Scott, please visit our flower store.