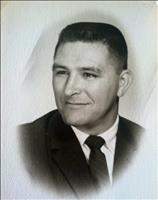 Sammy Ray Jones, 80, of Skipwith, VA passed away on July 8, 2014. He was born on November 21, 1933 in Chase City to the late Sammie and Helen Jones. He is survived by his wife, Marion Davis Jones; one daughter, Debra Wilson and her husband William of Chase City; two sons, Samuel “Al” Jones of Skipwith and Michael Jones and his wife Tammy of Charlotte Courthouse; six grandchildren, Amanda W. Jordan and her husband Mike of Chase City, Jennifer Wilson and her husband David Alvarado of Leipzig, Germany, Cassandra Wilson of Chase City, Nicole Jones, Eric Jones, and Josh Jones all of Charlotte Courthouse; and one great-granddaughter, Kaylee Gail Jordan. Sammy is also survived by his sisters, Hilda J. Puryear and her husband Jimmy, Nora J. Walker and her husband Robert Lee, and Anne J. Rickman and her husband Mike all of Chase City; one brother, Jerry Jones and his wife Betty Wade of Petersburg; and numerous nieces and nephews. He is predeceased by his daughter, Kathy Jones Warner. Mr. Jones was a member of Concord Baptist Church. Visitation will be held on Thursday, July 10, 2014 from 7 until 8:30 p.m. at Newcomb Allgood Funeral Home. Funeral services will be held on Friday, July 11, 2014 at 11 a.m. at Concord Baptist Church. Interment will follow at the church cemetery.

To order memorial trees or send flowers to the family in memory of Sammy Ray Jones, please visit our flower store.