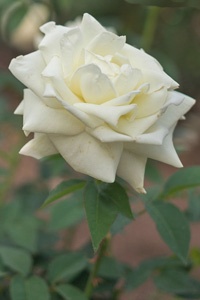 Mildred Anne Covert Baker, 87, of Skipwith, Virginia passed away on August 1, 2014. She was born on April 14, 1927 in Mercer County, Pennyslvania to the late Oscar Lamont Covert and the late Ora Emily Ball Covert. She is survived by her son, Andrew Braxton Baker and his wife Jannie of South Mills, NC, her daughter, Nancy Jane Baker Hughes and her husband Bruce Edward of Windsor, NC, and her granddaughter, Mary Anne Hughes of Raleigh, NC. She is predeceased by her husband, James Braxton Baker. Mrs. Baker was a member of Ephesus United Methodist Church. Funeral services will be held on Thursday, August 7, 2014 at 2 p.m. at Ephesus United Methodist Church. Visitation will begin one hour prior to the service. Online condolences may be expressed at www.newcomballgoodfh.com. Newcomb Allgood Funeral Home is in charge of the arrangements.

To order memorial trees or send flowers to the family in memory of Mildred Baker, please visit our flower store.