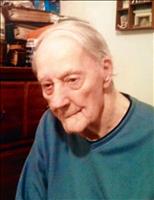 Aubrey Mason Moore, 84, of Chase City, Virginia passed away on Tuesday, July 7, 2015. He was born on August 22, 1930 in Skipwith, VA to the late Herbert Lee Moore and the late Helen Garner Moore. Aubrey is survived by his wife, Shirley Gregory Moore, one daughter, Anne Moore Barfield and her husband, Mike of Roanoke Rapids, NC, two sons, Gary Gregory Moore of Chase City, and Jeffrey Lynn Moore of Chase City. He is also survived by nine grandchildren, one great-grandchild, and his sister, Nancy Moore Smith and her husband, Jimmy of Victoria. He is predeceased by one daughter, Janet Moore Gee-Atkins. Mr. Moore is an Army Veteran. A memorial service will be held on Wednesday, July 15, 2015 at 6 p.m. at the Newcomb Allgood Funeral Home chapel. In lieu of flowers, memorial contributions may be made to a charity of your choice. Online condolences may be expressed at www.newcomballgoodfh.com. Newcomb Allgood Funeral Home is in charge of the arrangements.

To order memorial trees or send flowers to the family in memory of Aubrey Moore, please visit our flower store.