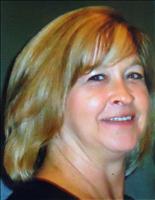 Helen Hightower Hardy, 50, of Keysville, Virginia went to be with the Lord on Tuesday, August 4, 2015. She was born on October 18, 1964 in South Hill, Virginia to the late Kenneth Logan Hightower and April Church Mason of Saxe. Helen is survived by her daughter, Jessica Loftis Gordon and her husband James of Scottsburg, her significant other, Darryl Harmon of Keysville, one sister, Kandace Blanton and her husband Don of Bracey, two brothers, Brian Hightower and his wife Bonnie of Chase City and Brad Hightower of Chase City, numerous nieces and nephews, and her devoted friends, Debbie Hite, Tony Robbins, Sandra Weary, Donna Wootton and Charlotte Pennington. She is also survived by Darryl's three children, Christopher Harmon and his wife Fallon of Phenix, Nick Harmon and his wife Leslie of Keysville and Laura Harmon and Gerald Price of Abilene and his grandchildren, Courtney, Hunter, Jayden, Olivia, and Wyatt. She is a member of Friendship Baptist Church. Visitation will be held on Thursday, August 6, 2015 from 7 until 8:30 p.m. at Newcomb Allgood Funeral Home. Funeral services will be held on Friday, August 7, 2015 at 2 p.m. at the Newcomb Allgood Funeral Home chapel. Interment will follow at the Wells Family Cemetery. In lieu of flowers, memorial contributions may be made to the American Cancer Society. Online condolences may be expressed at www.newcomballgoodfh.com.

To order memorial trees or send flowers to the family in memory of Helen Hardy, please visit our flower store.