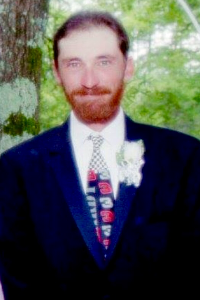 Joseph Allen Watson, Jr., age 48, of Red Oak, Virginia passed away on Monday, August 1, 2016. He was born on May 18, 1968 in South Boston, Virginia to the late Joseph Allen Watson, Sr. and Bessie Mae Erby Watson of Keysville, VA. Joseph is survived by his wife, Jaclyn Smith Watson of Red Oak, one son, Joseph Carrington of South Boston, one brother, John Watson of Staunton, VA, three sisters, Shirley Thiede, of Staunton, VA, Diane Zich of South Carolina, and Virginia Carwile of Brookneal, VA and numerous nieces and nephews. He is also survived by his dedicated Bowman Family, devoted friend, Danny Martin, and Co Workers at L.S. Lee Inc. He is predeceased by one sister, Margaret Watson. He was a Foreman for L.S. Lee Inc. A memorial service will be held on Thursday, August 4, 2016 at 3 p.m. at the Newcomb Allgood Funeral Home Chapel. Visitation will begin one hour prior to the service. The family will receive friends at all times at Mildred Bowman's residence, 766 Jones Store Road, Red Oak, VA 23964. In lieu of flowers, please consider memorial contributions to the American Cancer Society, P.O. Box 22478, Oklahoma City, OK 73123 or Relay For Life of Charlotte County, http://main.acsevents.org/goto/hazelbowmansmith. Online condolences may be expressed at www.newcomballgoodfh.com. Newcomb Allgood Funeral Home in Chase City, VA is in charge of the arrangements.

To order memorial trees or send flowers to the family in memory of Joseph Watson, Jr., please visit our flower store.