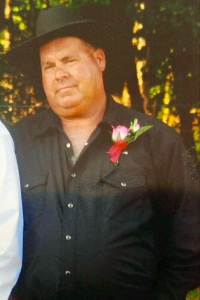 Jerry Lee Hatcher, age 59, of Chase City, Virginia passed away on Tuesday, September 13, 2016. He was born on October 13, 1956 in Halifax County, Virginia to the late Benny Lee Hatcher and the late Bessie Jane Hodge Hatcher. Jerry is survived by his wife, Catherine Hatcher, one daughter, Michelle Hamlett and her husband, Mark of South Hill, two sons, Jerry R. Hatcher and his wife, Tiffany of Chase City, and Adam Hatcher and his wife, Jennifer of Nathalie, and four grandchildren, Dustin Hatcher, Shannon Hatcher, Alyssa Hatcher, and Gerald Hatcher. He is also survived by one sister, Diane Wilmouth and her husband, Jimmy of Drakes Branch, two brothers, Wayne Hatcher of Chase City and Richard Hatcher and his wife, Carolyn of Chase City, numerous nieces and nephews, his devoted friends, Charles and Kalen Clay, Chuck and Melvina Wright, and Al and Judy Bigger, and numerous devoted family members and friends. Jerry was a former employee for Lewis Tree Service. He is a member of Salem Christian Church in Fort Mitchell, VA. Visitation will be held on Thursday, September 15, 2016 from 7 until 8:30 p.m. at Newcomb Allgood Funeral Home. Funeral services will be held on Friday, September 16, 2016 at 2 p.m. at the Newcomb Allgood Funeral Home Chapel. Interment will follow in Salem Christian Church Cemetery. Online condolences may be expressed at www.newcomballgoodfh.com.

To order memorial trees or send flowers to the family in memory of Jerry Hatcher, please visit our flower store.