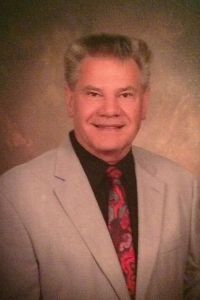 Claude loved gardening, cooking, going to the lake, and time with his family, friends and his church. He cherished his garden and flowers, and also had a love for birds, especially hummingbirds. He was employed at Burlington Industries for 36 years and then began doing Real Estate Appraisal for Mecklenburg County. Claude also enjoyed substitute teaching at Bluestone Middle and High Schools. He is a member of First Baptist Church in Chase City, and a former member of Wylliesburg Baptist Church, and was very active in both. He served as a deacon, trustee, choir member, Sunday school teacher, was active in the Baptist Training Union at Wylliesburg Baptist Church, and also served on numerous other committees for both churches. He is a former member of the Jaycees, Ruritans and Woodmen of the World. He was also a former coach for Dixie Youth and Babe Ruth baseball.

To order memorial trees or send flowers to the family in memory of Claude Chapman, please visit our flower store.