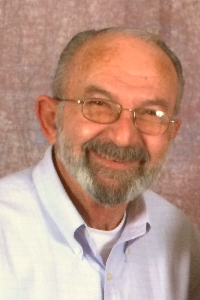 Willie "Preston" Wilson, age 75, of 7221 Trottinridge Road, Skipwith, VA went home to be with the Lord on Saturday, January 14, 2017. Born October 17, 1941 in Mecklenburg County, VA to the late Willie Lee Wilson and Elizabeth Reese Wilson. Preston graduated from Bluestone High School in 1960, served in the United States Navy until 1966 and worked at Georgia Pacific until 1994. Preston is survived by his loving wife, Brenda Bray Wilson of Skipwith, two sons, Todd Wilson and his wife, Kerri of Danville and Presley Wilson of Skipwith and five grandchildren, Raven, Jax, Aiden, Scott and Sophie. He is also survived by two sisters, Lucille Pendleton and Ruth Rickman. The family will receive friends on Monday, January 16, 2017 from 7 until 8:30 p.m. at Newcomb Allgood Funeral Home and all other times at Tammy Smith's residence, 722 Philbeck Crossroads, Skipwith, VA. A graveside service with full military honors by American Legion Post 43 will be held on Tuesday, January 17, 2016 at 2 p.m. at Bethel Baptist Church in Chase City, VA. Online condolences may be expressed at www.newcomballgoodfh.com. Newcomb Allgood Funeral Home in Chase City, VA is in charge of the arrangements.

To order memorial trees or send flowers to the family in memory of Willie "Preston" Wilson, please visit our flower store.