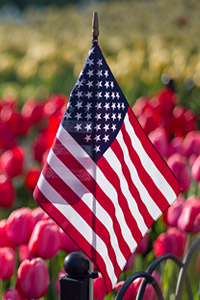 George Douglas Watterson, of Chase City, Virginia passed away March 27, 2017 on his 93rd birthday. He was born on March 27, 1924 in South Hill, Virginia to the late Shual and Ennis Watterson.

He was predeceased by his wife, Cornelia Watterson, two brothers and three sisters.

He is survived by one daughter, Deborah Magann and her husband, Charles, one granddaughter, Michelle Fitts and her husband, Mike and three great-grandchildren, Tyler Fitts, Madison Fitts, and Matthew Fitts. He is also survived by two sisters, Christine Crowe of Chase City, VA and Bonita Gupton of South Boston, VA.

Douglas was proud to serve his country in WWII on the USS New Jersey battleship. He was a former brick mason and a member of Mount Horeb Baptist Church in Chase City.

Visitation will be held on Wednesday, March 29, 2017 from 7 until 8:30 p.m. at Newcomb Allgood Funeral Home. Funeral services will be held on Thursday, March 30, 2017 at 11 a.m. at the Newcomb Allgood Funeral Home Chapel. Interment will follow in Woodland Cemetery in Chase City with full military honors by American Legion Post 43. In lieu of flowers, please consider memorial contributions to the Chase City Volunteer Fire Department, P.O. Box 595, Chase City, VA 23924. Online condolences may be expressed at www.newcomballgoodfh.com.

To order memorial trees or send flowers to the family in memory of George Watterson, please visit our flower store.