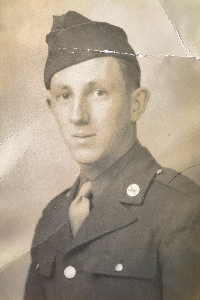 CG was a World War II Army Veteran and a member of the American Legion Post 43. He was also a long-time member of New Hope Baptist Church.

He is survived by his wife of 75 years, Lucille Brewer Wagstaff, one son, Cleveland G. Wagstaff III, six grandchildren and eight great-grandchildren. He was predeceased by two daughters, Carolyn W. Gross and Jane W. Miles and one granddaughter, Cynthia Dawn Pearce.

To order memorial trees or send flowers to the family in memory of Cleveland Wagstaff, Jr., please visit our flower store.