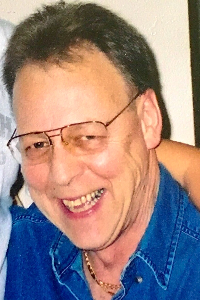 Charles Richard Simmons, age 71, of Chase City, Va passed away on Tuesday, June 27, 2017. He was born on July 12, 1945 in Mecklenburg County, Va to the late James Henry Simmons and the late Elizabeth Chadwick Simmons.

Charles was the owner and operator of Jim's Supply of Virginia, Inc.

He was predeceased by his parents and daughter, Cheryl Simmons Johnson.

Visitation will be held on Thursday, June 29, 2017 from 7 until 8:30 p.m. at Newcomb Allgood Funeral Home. Funeral services will be held on Friday, June 30, 2017 at 2 p.m. at Concord Baptist Church. Interment will follow in the church cemetery. In lieu of flowers, please consider memorial contributions to the Concord Baptist Church Cemetery Fund, 11650 Hwy 47, Chase City, Va 23924. Online condolences may be expressed at www.newcomballgoodfh.com. Newcomb Allgood Funeral Home in Chase City, Va will be handling the arrangements.

To order memorial trees or send flowers to the family in memory of Charles Simmons, please visit our flower store.