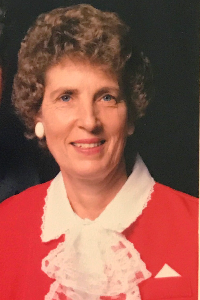 Violet Mae Barksdale Shores, age 76, of Red Oak, Virginia, passed away on Saturday, September 9, 2017. She was born on January 11, 1941 in Campbell County, Virginia to the late John Locke Barksdale and Iva Hall Barksdale.

She was a member of Wylliesburg Baptist Church and a founding member of the Barksdale Cancer Foundation. Violet was a homemaker and the owner and operator of Shores Greenhouse for many years.

Visitation will be held on Tuesday, September 12, 2017 from 7 until 8:30 p.m. at Newcomb Allgood Funeral Home. Funeral services will be held on Wednesday, September 13, 2017 at 11 a.m. at Wylliesburg Baptist Church. Interment will follow in the church cemetery. In lieu of flowers, please consider memorial contributions to the Barksdale Cancer Foundation, P.O. Box 225, Charlotte Court House, VA 23923 or Centra Hospice Farmville, 1705 East Third Street, Farmville, VA 23901. Online condolences may be expressed at www.newcomballgoodfh.com. Newcomb Allgood Funeral Home in Chase City will be handling the arrangements.

To order memorial trees or send flowers to the family in memory of Violet Shores, please visit our flower store.