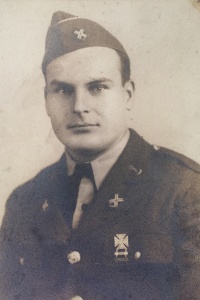 He was a World War II Army Veteran and a member of the VFW Post 8163 in Clarksville, Virginia. During World War II, he was a member of Company E 116th Infantry 29th division, also known as the Stonewall Brigade, and they were on the first wave to Normandy.

He was predeceased by his parents; and two brothers, R.E. Bridges and Walter Bridges.

Jennings is survived by one brother, Burwell Lee Bridges and wife, Joyce of Keysville, Virginia; niece and caregiver, Helen Bridges Rogers and husband, Jimmy of Boydton, Virginia; and numerous nieces and nephews.

A graveside service with Military Honors by the National Guard and American Legion Post 43 will be held at 1 p.m. on Friday, November 10, 2017 at Woodland Cemetery in Chase City, Virginia.

Online condolences may be expressed at www.newcomballgoodfh.com. Newcomb Allgood Funeral Home in Chase City, Virginia will be handling the arrangements.

To order memorial trees or send flowers to the family in memory of Jennings Bridges, please visit our flower store.