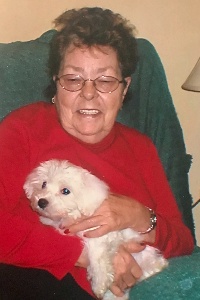 She retired from the Appomattox River Manufacturing Company.

She was predeceased by her parents; grandson, Brian Mills; brother, Billy Saunders; and sister, Pat Davis.

Visitation will be held from 6 until 8 p.m., Tuesday, December 19, 2017 at Newcomb Allgood Funeral Home.

To order memorial trees or send flowers to the family in memory of Hazel Lowery, please visit our flower store.