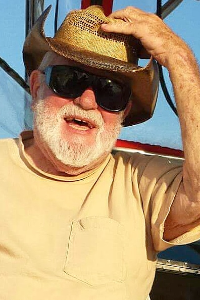 He was a loving father and grandfather, a proficient stock car mechanic and team member to Nascar driver Rex White and later crew chief to his brother Alan, and son Craig. Sonny lived a full and exciting life as one of God's servants on Earth and he looked forward to reuniting with God.

He was predeceased by his brother, Alan Steele.

To order memorial trees or send flowers to the family in memory of William Steele, please visit our flower store.