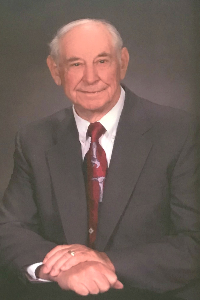 He was a United States Army Veteran and a member of Concord Baptist Church, Chase City, VA. He retired from Virginia Power as a Lineman. Ray enjoyed traveling and has been to all fifty states, Canada, and Mexico. He loved music and singing. He sang in gospel quartets for over 40 years all over Southside, VA. He never met a stranger and always enjoyed a good conversation.

Visitation will be held from 6 until 8 p.m., Sunday, April 1, 2018 at Newcomb Allgood Funeral Home. Funeral services will be held at 2 p.m., Monday, April 2, 2018 at Concord Baptist Church. Interment will follow in the church cemetery. Online condolences may be expressed at www.newcomballgoodfh.com. Newcomb Allgood Funeral Home in Chase City, VA will be handling the arrangements.

To order memorial trees or send flowers to the family in memory of Ray Gryder, please visit our flower store.