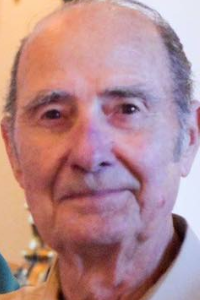 He was a United States Air Force Veteran and retired from Mecklenburg Electric Cooperative as a Lineman. Clinton was an avid collector of Indian Artifacts.

He was preceded in death by his wife, Delores Ingram Gurley and four brothers, Harvey Gurley, Hunter Gurley, Stanley Gurley, and Rudolph Gurley.

Funeral services will be held at 2 p.m., Wednesday, April 18, 2018 at the Newcomb Allgood Funeral Home Chapel. Entombment will follow at the Woodland Mausoleum in Chase City. Visitation will begin one hour prior to the service.

To order memorial trees or send flowers to the family in memory of Clinton Gurley, please visit our flower store.