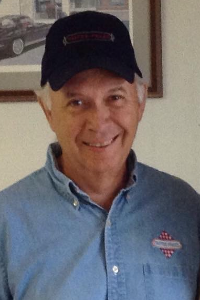 Charles Allen Sherman, age 67, of Wylliesburg, VA, passed away Wednesday, May 16, 2018. He was born August 1, 1950 in Woodstock, VA and was the son of the late Neal Allen Sherman and the late Violet Ellen Sherman.

He was preceded in death by his nephew, Neal Sherman.

Visitation will be held from 6 until 8 p.m., Monday, May 21, 2018 at Newcomb Allgood Funeral Home. The service will be private. In lieu of flowers, please consider memorial contributions to the Barksdale Cancer Foundation, P.O. Box 225, Charlotte Court House, VA 23923. Online condolences may be expressed at www.newcomballgoodfh.com. Newcomb Allgood Funeral Home in Chase City, VA will be handling the arrangements.

To order memorial trees or send flowers to the family in memory of Allen Sherman, please visit our flower store.