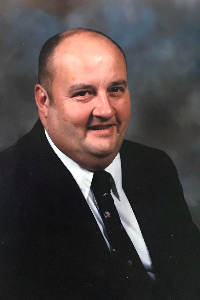 He was a member of Faith Baptist Church in Chase City, VA. He retired from Burlington Industries after 35 consecutive years of employment without missing one day of work. He was also a Custodian for Mecklenburg County Public Schools and Projectionist at the Mecca Theater in Chase City.

He was preceded in death by his devoted wife, Nellie Travis Card after 52 years of marriage; son, Frank Card; one brother; and three sisters.

Funeral services will be held at 11 a.m., Monday, May 28, 2018 at Faith Baptist Church. Interment will follow in Woodland Cemetery in Chase City.
In lieu of flowers, please consider memorial contributions to the Chase City Rescue Squad, P.O. Box 81, Chase City, VA 23924. Online condolences may be expressed at www.newcomballgoodfh.com. Newcomb Allgood Funeral Home in Chase City, VA will be handling the arrangements.

To order memorial trees or send flowers to the family in memory of Frank Card, please visit our flower store.