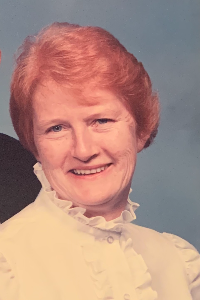 Doris Toombs Owen, age 82, of Chase City, VA passed away Thursday, December 6, 2018. She was born March 19, 1936 in Charlotte County, VA and was the daughter of the late Marilla and Mae Fannie Toombs.

She was a member of First Baptist Church in Chase City, VA and a babysitter for many years.

A graveside service will be held at 11 a.m., Saturday, December 8, 2018 at Woodland Cemetery in Chase City, VA.

To order memorial trees or send flowers to the family in memory of Doris Owen, please visit our flower store.