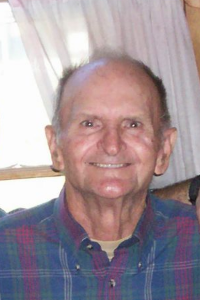 Wayne Ballard Morgan, age 87, of Red Oak, VA, passed away Thursday, April 11, 2019. He was born March 2, 1932 and is the son of the late William Theodore Morgan and the late Kate Lankford Morgan.

He is a member of Antioch Baptist Church in Red Oak and a member of Woodmen of The World. He was a farmer, heavy equipment operator, and former school bus driver for Charlotte County Public Schools.

Visitation will be held from 7 until 8:30 p.m., Sunday, April 14, 2019 at Newcomb Allgood Funeral Home. Funeral services will be held at 2 p.m., Monday, April 15, 2019 at Antioch Baptist Church. Interment will follow in the church cemetery.

In lieu of flowers, please consider memorial contributions to the Antioch Baptist Church Cemetery Fund, 6700 Barnesville Hwy, Red Oak, VA 23964. Online condolences may be expressed to the family at www.newcomballgoodfh.com. Newcomb Allgood Funeral Home in Chase City, VA will be handling the arrangements.

To order memorial trees or send flowers to the family in memory of Wayne Morgan, please visit our flower store.