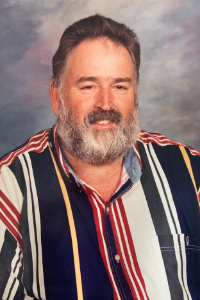 He lived on Trottinridge Road in the family home his entire life and loved everyone in the Trottinridge community. He was a proud member of the 1967 undefeated Bluestone Baron’s JV Football Team. Barry was a member and former Deacon at Bethel Baptist Church. He was an avid hunter and member of the Trottinridge Hunting Club. He was an outdoorsman that loved the land, cows, and farming. “Bear” never met a stranger and was always helping others in any way he could and never expected anything in return.

Barry is survived by his brother, Harvey Wilson and wife, Frances of Victoria, VA; one niece and two nephews that he loved as his own children, Katie Hood and husband, Charlie, Nick Wilson and wife, Megan and Patrick Wilson and wife, Sarah; great nieces and nephews, Mollie Wilson, Hudson Hood, Noah Wilson, Cooper Hood, and Liam Wilson; and his aunt, Hilda Wilson. He is also survived by numerous cousins; three devoted friends, Todd Carey, Keith Brankley and Mark Brankley; and his beloved Trottinridge family.

A memorial service will be held at 2 p.m., Saturday, June 29, 2019 at Bethel Baptist Church, 9040 Trottinridge Road, Chase City, VA 23924. A reception will follow the service in the church’s fellowship hall.

In lieu of flowers, please consider memorial contributions to Bethel Baptist Church or a charity of your choice. Online condolences may be expressed to the family at www.newcomballgoodfh.com. Newcomb Allgood Funeral Home in Chase City, Va will be handling the arrangements.

To order memorial trees or send flowers to the family in memory of Barry Wilson, please visit our flower store.