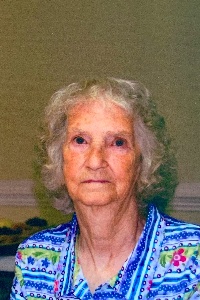 Myrtle Mae Carter Daniel, age 89, of Red Oak, Va passed away Tuesday, September 3, 2019. She was born July 3, 1930 in Mecklenburg County, Va and was the daughter of the late Benjamin W. Carter and the late Bessie Mae Spraggins Carter.

She was a member of Public Fork Christian Church in Red Oak.

Funeral services will be held at 2 p.m., Saturday, September 7, 2019 at the Newcomb Allgood Funeral Home Chapel. Interment will follow in Oakwood Cemetery in South Hill, Va. Visitation will begin one hour prior to the service at the funeral home and all other times at Michael Daniel’s Residence, 1414 JEB Stuart Hwy, Red Oak, Va 23964.
Online condolences may be expressed to the family at www.newcomballgoodfh.com. Newcomb Allgood Funeral Home in Chase City, Va will be handling the arrangements.

To order memorial trees or send flowers to the family in memory of Myrtle Daniel, please visit our flower store.