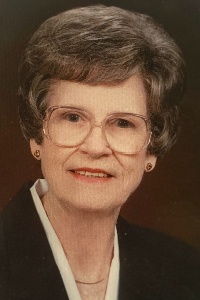 Audrey Ward Murdock, age 87, of Boydton, VA passed away Tuesday, September 17, 2019. She was born May 8, 1932 in Halifax County, VA and was the daughter of the late Fred Nelson Ward and the late Mary Elizabeth Blackstock Ward.

She retired from AT & T - C & P Telephone Company as Secretary and was a member of Boydton Baptist Church.

Online condolences may be expressed to the family at newcomballgoodfh.com. Newcomb Allgood Funeral Home in Chase City, VA will be handling the arrangements.

To order memorial trees or send flowers to the family in memory of Audrey Murdock, please visit our flower store.