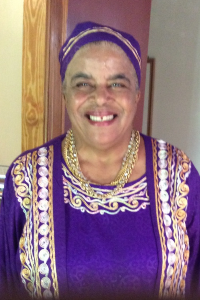 Ruby Leigh Boyd age 77, of Chase City, VA passed away Saturday, January 18, 2020. She was born March 25, 1942 in Chase City and was the daughter of the late James Edmond Leigh and the late Edmonia Gayles Leigh.

She was a life time member of Bethlehem Baptist Church in Chase City, dedicated to many committees most notably the kitchen committee and leading the cleanup and restoration of the church cemetery. She was also a member of the Chase City Connection, West End High School Alumni and Thyne Institute Alumni. After high school, Ruby moved to New York City and eventually to Washington, DC where she reconnected with Clifton Boyd and they were married for over 50 years. While working for Giant Food for over 30 years she raised her children and many other family members. She returned to her family property in Chase City after retirement in the early 90's and Ruby enjoyed the fresh air from the porch of her beloved log cabin.

In addition to her parents, she was preceded in death by her husband, Clifton Otis Boyd and two brothers, Arthur Birchett Leigh and Jack Kendall Leigh.

In lieu of flowers, please consider memorial contributions in her memory to the Thyne Institute Memorial, 30935 Highway 49, Chase City, VA 23924 or Bethlehem Baptist Church, Chase City, VA (Sunday School Committee or Bethlehem Cemetery). Online condolences may be expressed to the family at www.newcomballgoodfh.com. Newcomb Allgood Funeral Home in Chase City, VA will be handling the arrangements.

To order memorial trees or send flowers to the family in memory of Ruby Leigh Boyd, please visit our flower store.