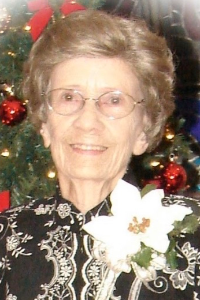 Beatrice King Wilson, age 97, of Wylliesburg, Virginia passed away Friday, March 6, 2020. She was born December 15, 1922 in Charlotte County, Virginia and was the daughter of the late James Henry King and the late Sally Anne King.

Mrs. Wilson was the owner and operator of Wilson’s Grocery in Wylliesburg for 53 years. She was well known and loved by her community and many called her Mom, Mrs. B and Aunt B. She was a member of Lebanon United Methodist Church in Drakes Branch.

In addition to her parents, she was preceded in death by her husband, William Henry Wilson, Jr.; two brothers, Carl King and Earl King; and one sister, Virginia “Jinx” Kendall.

Online condolences may be expressed to the family at www.newcomballgoodfh.com. Newcomb Allgood Funeral Home will be handling the arrangements.

To order memorial trees or send flowers to the family in memory of Beatrice Wilson, please visit our flower store.