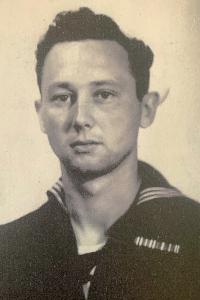 He was beyond loving and devoted to his family. Howard was committed to his Lord and served his church for almost 60 years. He was the oldest member of Easters United Methodist Church in Boydton, VA. He was a graduate of Buckhorn High School. Howard was a proud World War II United States Navy Veteran, serving from 1944 until 1946. He served in Special Forces hand-to-hand combat Armed Guard with cargo vessels and carried ammunition and supplies to the front. He was transferred to the Air Craft Carrier, Charles McClure and later transferred to The Benjamin Franklin. After the Navy, Howard worked for the United States Postal Service in Chase City, Petersburg, and retired as the Post Master in Skipwith in 1999. He was a member of the American Legion Post 43 in Chase City. He was also a member of the Chase City Masonic Lodge No. 119 for 59 years and served as District Deputy Grand Master.

In addition to his parents, he was preceded in death by his granddaughter, Holly Nichole Bratten and sister, Ruth Knightly.

Graveside services will be held at 2 p.m., Saturday, March 21, 2020 at the Woodland Mausoleum in Chase City with Masonic Rites by the Chase City Masonic Lodge No. 119 and Military Honors by American Legion Post 43.

To order memorial trees or send flowers to the family in memory of Howard Gwaltney, please visit our flower store.