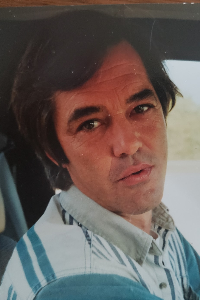 William Keith Dickenson, age 65, of Red Oak, Virginia, passed away on Friday, July 24, 2020. He was born April 13, 1955 in Halifax County, Virginia and was the son of the late William C. Dickenson, Jr. and the late Janice Clay Phillips.

He was a self-employed Mechanic, worked with horses and built horse barns. Keith loved animals; especially his horses and dogs.

He was preceded in death by his wife, Jaqueline Dickenson.

To order memorial trees or send flowers to the family in memory of Keith Dickenson, please visit our flower store.