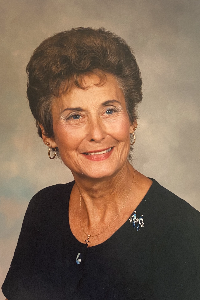 Mary Ella Wallace Newby, age 89, of Chase City, Virginia, passed away Wednesday, August 5, 2020. She was born June 21, 1931 in Lunenburg County, Virginia and was the daughter of the late William Dave Wallace, Sr. and the late Ellen Maude Biggs Wallace.

She was a member of Black Branch Baptist Church in Chase City, owner of Newby’s Trailer Court for 22 years, and a Beautician.

In addition to her parents, she was preceded in death by her husband, Dick Newby; special friend, William Dix; brother, William David Wallace; sister, Pauline Light; and step-son, Willard Newby.

Mary’s family would like to give a special thank you to her devoted caregivers, Shirley Newton and Helen Pulliam.

Mary had a love for Cats so the family asks in lieu of flowers, please consider memorial contributions in her memory to the Lake Country SPCA, 11764 Highway 15, Clarksville, VA 23927. Online condolences may be expressed at www.newcomballgoodfh.com. Newcomb Allgood Funeral Home in Chase City, VA will be handling the arrangements.

To order memorial trees or send flowers to the family in memory of Mary Newby, please visit our flower store.