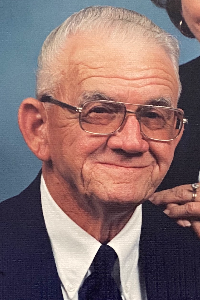 Harold Braxton Wilson, age 84, of Chase City, Virginia passed away Saturday, August 15, 2020. He was born October 24, 1935 in Mecklenburg County, Virginia and was the son of the late Jim Bailey Wilson and the late Geneva Reamey Wilson.

He was a member of Friendship United Methodist Church in Chase City. Harold retired from the Virginia Department of Transportation as a Road Foreman.

In addition to his parents, he was preceded in death by his brother, Roy Wilson.

In lieu of flowers, please consider memorial contributions in his memory to Friendship United Methodist Church. Online condolences may be expressed to the family at www.newcomballgoodfh.com. Newcomb Allgood Funeral Home in Chase City, VA will be handling the arrangements.

To order memorial trees or send flowers to the family in memory of Harold Wilson, please visit our flower store.