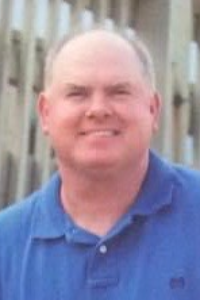 Paul Anthony Owen, age 50, of Skipwith, Virginia passed away on Monday, August 24, 2020. He was born on August 19, 1970 in South Boston, Virginia and was the son of the late Marion Owen and the late Doris Toombs Owen.

Paul was employed with Buck and Roger’s Plumbing for 25 years. He is the owner and operator of Paul’s Plumbing, where he and his son worked together. He loved playing Little League Baseball, Slow Pitch Softball, and was very involved with his daughter’s softball career and never missed one of her games. He also enjoyed Deer Hunting.

Graveside services will be held on Thursday, August 27, 2020 at 2 p.m. at Woodland Cemetery in Chase City. The family will receive family and friends at Paul and Tina’s Home.

To order memorial trees or send flowers to the family in memory of Paul Owen, please visit our flower store.