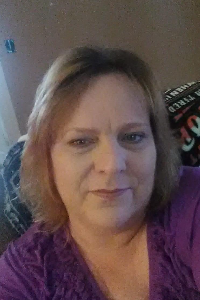 Shona Adams Allgood, age 50, of Baskerville, Virginia passed away Saturday, August 29, 2020. She was born September 19, 1969 in New York and was the daughter of the late Buddy Lee Adams and the late Mary Jamerson Simion.

She was a former Certified Nurse Assistant.

In addition to her parents, she was preceded in death by her brother, Randall Gene Adams.

To order memorial trees or send flowers to the family in memory of Shona Allgood, please visit our flower store.