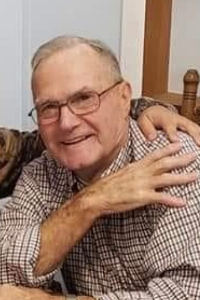 Carleton Raymond Jackson, age 82, of Red Oak, Virginia, passed away Thursday, September 24, 2020. He was born December 23, 1937 in Mecklenburg County, Virginia and was the son of the late Henry Edward Jackson and the late Lena Mae Dunaway Jackson.

He was a United States Air Force Veteran, a self-employed Construction Worker, and a member of The Church of Jesus Christ of Latter Day Saints in South Boston, Virginia.

In addition to his parents, he was preceded in death by his brothers, Randy Jackson, Dexter Jackson, Jr. Jackson, and Henry Lewis Jackson.

A private graveside service will be held at 2 p.m., Saturday, September 26, 2020 at the Hardy-Mills Family Cemetery in Red Oak, Virginia.

In lieu of flowers, please consider memorial contributions in his memory to the Bacon District Volunteer Fire Department, P.O. Box 45, Wylliesburg, VA 23976 or the Barksdale Cancer Foundation, P.O. Box 225, Charlotte Court House, VA 23923. Online condolences may be expressed to the family at www.newcomballgoodfh.com. Newcomb Allgood Funeral Home in Chase City, Virginia will be handling the arrangements.

To order memorial trees or send flowers to the family in memory of Carleton Jackson, please visit our flower store.