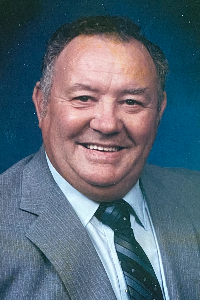 He was a Untied States National Guard Veteran and a retired Building Inspector for Mecklenburg County, Virginia. Orell was a member of Friendship United Methodist Church in Chase City and a founding member of Arrowhead Gun Club. He was the past president for the Virginia Skeet Shooting Association and was inducted into the Hall of Fame in 2008.

In addition to his parents, he was preceded in death by his wife, Frances Lenhart; daughter and son-in-law, Sherry and Larry Gregory; step-son, Billy Tucker; brother, Claude Earl Lenhart; and sister, Nina Spake Lenhart Ashworth.

To order memorial trees or send flowers to the family in memory of Orell Lenhart, please visit our flower store.