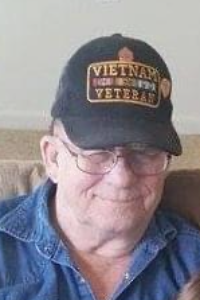 In addition to his parents, he was preceded in death by his son, Dennis Jay Anderson.

A graveside service with Military Honors will be held on Wednesday, December 30, 2020 at 11 a.m. at Woodland Cemetery in Chase City, VA.

To order memorial trees or send flowers to the family in memory of Otto Anderson, please visit our flower store.