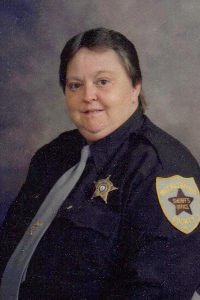 Melinda Kennedy Thompson, age 64, of Chase City, VA passed away on Tuesday, January 12, 2021. She was born September 3, 1956 in South Boston, VA and was the daughter of the late Woodrow Oliver Kennedy and the late June Newcomb Kennedy.

Melinda was a Deputy Sherriff for the Mecklenburg County Sheriff’s Office for 25 years. She was a very talented seamstress and loved to cross stitch. She was a member of Hebron United Methodist Church, member of South Hill Fraternal Order of Police Lodge 51 and former member of the Chase City Volunteer Fire Department Women’s Auxiliary.

In addition to her parents, she was preceded in death by her husband, Rodger Eugene Thompson; son-in-law, Philip Hicks; sister, Sandra Kizer; and friend, Frances Jordan.

To order memorial trees or send flowers to the family in memory of Melinda Thompson, please visit our flower store.