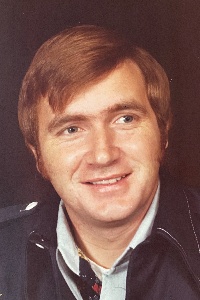 Harold Stanley Ferrell, age 72, of Lynchburg, VA passed away on Sunday, March 21, 2021. He was born on December 20, 1948 and raised in Charlotte County, Virginia. He was the son of the late Victor Rex Ferrell, Sr. and the late Ruby Inge Ferrell.

He graduated from Randolph Henry High School. He was an auditor with Babcock and Wilcox in Lynchburg until his retirement.

In addition to his parents, he was preceded in death by his brother, Randy Neal Ferrell.
Surviving are his sisters, Barbara F. Moyers of New Market, VA and Sue Hughes (Jimmie) of South Boston, VA; brothers, Vic Ferrell (Linda) of Chase City, VA and Jimmy Ferrell of South Boston, VA; and many nieces and nephews.

We especially won't forget his good friend and caregiver, Marshall Marceaux and Greg Camp and family.

We will remember Stan for his good heart and wit. A private ceremony with immediate family will be at a later date.

To order memorial trees or send flowers to the family in memory of Stanley Ferrell, please visit our flower store.