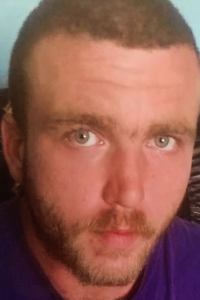 He was preceded in death by his grandparents, Carl and Lucille Medley; uncle, Ricky Medley; aunt and uncle, Brenda Dale Clary and Sandy Clary; and cousin, Kevin St. John.

Hank is survived by his parents, Horace and Wanda Williams; three brothers, Tommy Williams and wife, Amanda, Jonathan Scott and fiancé, Carmen, and Dakota Williams and fiancé, Kaitlyn; two special nieces that he loved very much, Cadence Williams and Aubree Harlow; one nephew, Wyatt Williams; and his grandparents, Francis and Frances Breedlove. He is also survived by his aunts and uncles, Norman and Connie Wagstaff, Bobby and Angie Medley, Tommy and Laurie Medley, Tony and Connie Jones, Chris and Sue Hamlett, and Billy and Barbara Pugh; and numerous cousins.

Hank was a member of Bethel Baptist Church.

A memorial service will be held at 2 p.m., Tuesday, June 29, 2021 at Bethel Baptist Church with Pastor Rodney Spears II officiating. Inurnment will follow in the church cemetery. The family will receive family and friends following the service at the gravesite.

To order memorial trees or send flowers to the family in memory of Hank Williams, please visit our flower store.