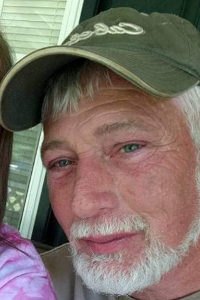 Michael Cook, 59, of Rock, West Virginia (formerly of Skipwith, Virginia) passed away Friday, June 25, 2021. Born August 1, 1961 in Bridgeton, NJ, he was the son of Charlotte Graham Cook of Rock and the late James Edward Cook.

Michael was a former mechanic for more than 30 years. He enjoyed riding his motorcycle, hunting and fishing. He loved spending time with his family. Michael was a “people person” and always had a smile on his face.

In addition to his father, he was preceded in death by sister, Judy Moore.

A memorial service will be held at 6:30 p.m. Friday, July 2, 2021 at the Newcomb Allgood Funeral Home Chapel in Chase City, Virginia. The family will receive family and friends following the service.

Online condolences may be expressed to the family at www.newcomballgoodfh.com.

To order memorial trees or send flowers to the family in memory of Michael Cook, please visit our flower store.