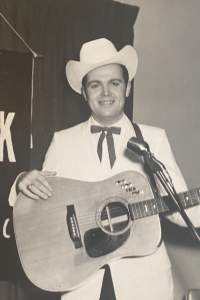 Lacy Edward Newcomb, age 82, of Chase City, Virginia passed away at home on Monday, June 28, 2021 surrounded by his family. He was born in Fort Mitchell, Virginia on October 21, 1938 and was the son of the late Edward Newcomb and the late Nellie Bailey Newcomb.

In addition to his parents, he was preceded in death by two sisters, Irma Newcomb Garner and Hilda Newcomb Tharpe; and brother-in-law, Baxter Huss.

Lacy was born and raised in the Fort Mitchell community and was very proud of where he came from. He was a member of Salem Christian Church in Fort Mitchell. He was a 1957 graduate of Randolph Henry High School in Charlotte Court House, Virginia and played on the football and baseball team. During his senior year, he was the captain of the football team that won the first ever championship for Randolph Henry. He served in the United States Army Intelligence and was stationed in Japan. While in the Army, he was a member of an Armed Service Band and performed at the Ryman Auditorium in Nashville, Tennessee. He was a Supervisor at Burlington Industries for 40 years. Lacy was a very talented musician and multi-instrumentalist specializing in bluegrass, gospel and country. He started and played in his first band at the age of 19 and continued playing music throughout his life. He played in many different bands and made great friends through music (Lacy Tomlinson, Don Reno, Red Smiley and Nelson Wilson.) He performed on the WMEK Radio Station for Chase City in the 60s and 70s and at the VFW in Clarksville and the American Legion in Chase City for many years. On several occasions, he was a judge for the Virginia Folk Music Association Bluegrass Festival. He loved horses, especially his special horse John Henry. Lacy was a loving family man that always supported his family.

Funeral services will be held at 11 a.m., Thursday, July 1, 2021 at Concord Baptist Church with Reverend Herman Newcomb officiating. Interment with Military Honors will follow in the church cemetery.

The family would like to sincerely thank the staff of Hospice of Virginia in Farmville for their kindness and care.

To order memorial trees or send flowers to the family in memory of Lacy Newcomb, please visit our flower store.