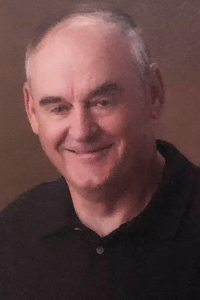 He was a lifelong member of Salem United Methodist Church where he served in many roles including chair of the finance committee, trustee, and Administrative Board member. He was a 1967 graduate of Park View High School and a 1971 graduate of Virginia Tech. He was a dedicated Hokie with the Southside Club. Harrison was a retired Tobacco Buyer for American Tobacco Company and then Brown and Williamson Tobacco Company. He spent his life in Mecklenburg County living and working on the family tobacco farm. Harrison served on the Mecklenburg County Board of Zoning Appeals. Additionally, he was previously active with the Park View Band Boosters and drove buses on many occasions to band competitions and sporting events. His love for young people was unsurpassed. His sense of humor and strong passion to help others is evidenced by his many friends throughout Southside Virginia.

He is survived by his wife of 48 years, Rebecca Dagenhart Inge; and two children, Edward H. Inge, Jr. and wife, Suzanne and Andrew L. Inge and wife, Brooke. Harrison has four beloved grandchildren, Nathan, Joshua, Daisy and Melody. He is also survived by two sisters, Joyce I. French and Elizabeth Jean Inge (James Potter); and one brother, Joseph R. Inge (Linda Ruth). He is also survived by his brother-in-law, Charles Dagenhart (Daphne) and four sisters-in-law, Priscilla D. Singletary (Larry), Janet Bailey (Roger), Linda Ferrell (Victor), and Sarah Pleasants (Al). He was the treasured uncle to many nieces and nephews and great nieces and great-nephews.

Visitation will be held from 6 until 8 p.m., Thursday, July 1, 2021 at Newcomb Allgood Funeral Home in Chase City. Funeral services will be held at 2 p.m., Friday July 2, 2021 at Salem United Methodist Church with Reverend Michael Blythe officiating. Interment will follow in the church cemetery.

The family would like to thank the oncology team, doctors, and nurses at the UNC Chapel Hill Hospital for their care and compassion.

To order memorial trees or send flowers to the family in memory of Harrison Inge, please visit our flower store.