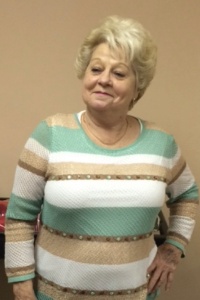 Janet Marie Whitaker, age 77, of South Hill, Virginia, formerly of Chase City, passed away Monday, July 19, 2021. She was born May 29, 1944 in Waynesboro, Virginia and was the daughter of the late Edward Ponton and the late Pearl Blackwell Ponton.

Janet was a beloved waitress at Dick’s Steakhouse in Chase City and Wilson’s BBQ in South Hill for 55 years. Being a waitress and all of her customers brought so much love and joy into her life. Janet enjoyed reading and most of all, spending time with her family.

To order memorial trees or send flowers to the family in memory of Janet Whitaker, please visit our flower store.