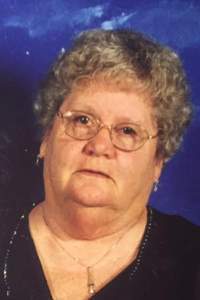 Cynthia Ferguson Rush, age 87, of Wylliesburg, Virginia passed away Wednesday, July 28, 2021. She was born December 7, 1934 and was the daughter of the late William Cramp Ferguson and the late Dorothy Eure Ferguson.

In addition to her parents, she was preceded in death by her daughter, Karen Rush Dzula; and brothers, John Ferguson and William Ferguson.

She was a member of Wylliesburg Baptist Church and retired from Jonbil Inc. in Chase City.

To order memorial trees or send flowers to the family in memory of Cynthia Rush, please visit our flower store.