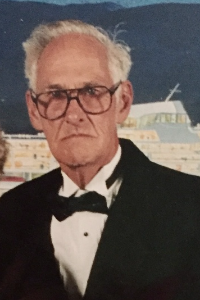 In addition to his parents, he was preceded in death by his wife of 68 years, Cynthia Ferguson Rush and his daughter, Karen Rush Dzula.

He was a truck driver, a member of Wylliesburg Baptist Church, and a member of Bacon District Volunteer Fire Department for many years.

A graveside service will be held at 11 a.m., Friday, August 20, 2021 at Wylliesburg Baptist Church Cemetery with Reverend Billy Tatum officiating.

In lieu of flowers, please consider memorial contributions in his memory to the Lake Country SPCA (lakecountryspca.org), 11764 Hwy 15, Clarksville, VA 23927. Online condolences may be expressed to the family at www.newcomballgoodfh.com. Newcomb Allgood Funeral Home in Chase City, Virginia will be handling the arrangements.

To order memorial trees or send flowers to the family in memory of Ellyson Rush, please visit our flower store.