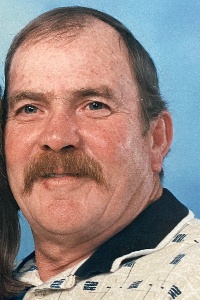 William David Nichols, age 70, of Victoria, Virginia passed away on Friday, December 3, 2021. He was born September 4, 1951 in Oxford, North Carolina.

He was preceded in death by his father, Fred Hudson Nichols; brother, James Nichols; and sister, Diane Nichols Parker.

David was a United States Army Veteran, a member of American Legion Post 43, and was a Meat Cutter for Lowes Foods in Chase City for many years.

Services will be private at a later date.

In lieu of flowers, please consider memorial contributions in David’s memory to the Chase City Rescue Squad, P.O. Box 81, Chase City, VA 23924. Online condolences may be expressed to the family at www.newcomballgoodfh.com. Newcomb Allgood Funeral Home in Chase City will be handling the arrangements.

To order memorial trees or send flowers to the family in memory of David Nichols, please visit our flower store.