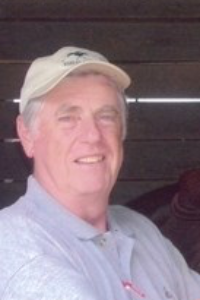 Walter Jordan Currin, who died on January 6, 2022, was born on July 18, 1942 and grew up in and around McKenney, Va. He attended Virginia Tech, earning an undergraduate degree in metallurgical engineering and a master's in architecture. At Tech, he was a member of the Corps of Cadets and played baseball and basketball for the Hokies. He served in the Army, attaining the rank of 1st Lieutenant and continued in the Army Reserves. Walt worked for much of his career at Walter Robbs Callahan & Pierce, Architects in Winston-Salem, N.C. After retirement, he formed Currin Developers. His guiding principle was to work with the land - not to try to conquer it - siting houses around streams, boulders and old growth trees. A creative man, Walt loved horses, farms, birds and tinkering in his happy place, PawPaw's workshop. Nurtured by his strong and determined mother, Isla Smith Currin, Walt became a feminist in the best sense of the word, always supportive of the strong women in his life and beyond. He is survived by his wife, Dottye Law Currin; his children, Lisa Currin Martin (Rod), Karin Solomonson (Chad) and Glenn Snyder (Jonni); grandchildren, Emily Solomonson Sandoval (Carlos), Boden Solomonson and Tayson Alex Snyder; his sisters, Anne Gayle Cheely (Donnie) and Pat Fletcher (Van); and brother-in-law, Ernest Robertson. He was preceded in death by his sister, Liz Robertson; and his son, Alex Snyder. There will be a visitation at Moody Funeral Home in Mount Airy, N.C., on Sunday, January 9, 4 to 6 p.m. A funeral service will be held at Bethel Baptist Church in Chase City, Va., on Saturday, January 15, at 11 a.m. (9040 Trottinridge Road, Chase City, VA 23924). CDC protocols will be observed at both events. Memorial donations can be made to support the Free Spirit Farm. Please make checks payable to the Carolina Farm Trust 9627 Willow Leaf Lane, Cornelius, N.C. 28031. Online condolences may be made at moodyfuneralservices.com.

To order memorial trees or send flowers to the family in memory of Walter Currin, please visit our flower store.