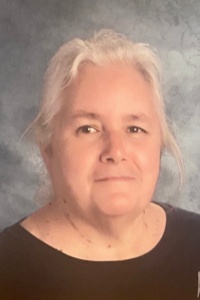 Carolyn Jean Cassada, age 63, of Red Oak, Virginia passed away Monday, January 24, 2022. She was born August 11, 1958 in Halifax County, Virginia and was the daughter of the late Noel and Ruby Cassada.

In addition to her parents, she was preceded in death by her brothers, Waddell Cassada, Jr. and David Ronald Cassada; sister, Larvee Lacks; niece, Michelle Cassada; and two nephews, Shaun Cassada and Rocky Lane Lacks.

Carolyn was a retired Custodian from Eureka Elementary School.

In lieu of flowers, please consider memorial contributions to the Bacon District Volunteer Fire Department,. P.O. Box 45 Wylliesburg, VA 23976. Online condolences may be expressed to the family at www.newcomballgoodfh.com. Newcomb Allgood Funeral Home in Chase City will be handling the arrangements.

To order memorial trees or send flowers to the family in memory of Carolyn Cassada, please visit our flower store.