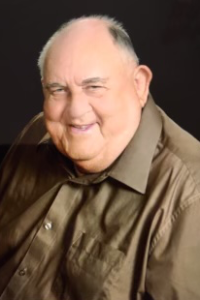 David Vernon Bratten, age 81, of Chase City, Virginia passed away Thursday, January 27, 2022. He was born January 31, 1940 in Laurel, Delaware and was the son of the late Elmer Bratten and the late Ida Mae Mitchell Bratten.

In addition to his parents, he was preceded in death by his two sons, Gary Bratten and Greg Bratten; granddaughter, Holly Bratten; sister and brother-in-law, Pearl Wilson (John); and brother and sister-in-law, Horace Bratten (Joan).

David was a member of Concord Baptist Church. He was an eight-year member of the United States Army National Guard, as well as a member of the American Legion Post 79 in South Hill. He was the Plant Manager for Jonbil Inc. in Chase City for many years. After Jonbil, David was employed with the Baskerville Correctional Center. He was a member of Whitetail Hunt Club and enjoyed hunting, fishing, and golfing. David loved his family and cherished his grandchildren and great-grandchildren.

In lieu of flowers, please consider memorial contributions in David’s memory to Concord Baptist Church. Online condolences may be expressed to the family at www.newcomballgoodfh.com. Newcomb Allgood Funeral Home in Chase City, Virginia will be handling the arrangements.

To order memorial trees or send flowers to the family in memory of David Bratten, please visit our flower store.