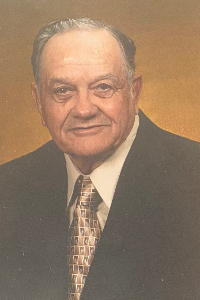 Robert Lee Jackson, Sr. age 90, of Skipwith, Virginia passed away Monday, January 31, 2022. He was born October 10, 1931 in Mecklenburg County, Virginia and was the son of the late Jacob Robert Jackson and the late Willie B. Brame Jackson.

In addition to his parents, he was preceded in death by his daughter, Jacqueline Gail Jackson; sister, Janie Rose Thomas and grandson, Jason Jackson.

Robert was a member of Liberty Baptist Church in Skipwith where he served as a Deacon and Sunday School Teacher. He was a self-employed contractor and could fix anything. He was a hard worker and instilled a strong work ethic in all of his family. Robert was a loving, devoted, kind-hearted family man. He is dearly loved and respected by his family and will be greatly missed.

In lieu of flowers, please consider memorial contributions in Robert’s memory to the Liberty Baptist Church Cemetery Fund. Online condolences may be expressed to the family at www.newcomballgoodfh.com. Newcomb Allgood Funeral Home in Chase City will be handling the arrangements.

To order memorial trees or send flowers to the family in memory of Robert Jackson, please visit our flower store.